It seems like we’ve been saying this for at least the last decade to the point of cliché: American churches are at a crossroad. A country ostensibly built with religion as an integral part of its DNA is seeing less and less the need for attachment to a church body. This is across the board for pretty much all faiths. Wrestling this issue has kept many a pastor, priest, cleric, or rabbi up at night.

A recent Gallup poll showed that one in four U.S. adults claim to be religious but do not belong to or attend church. Drilling down, the numbers are worse for our largest adult demographic — millennials. Just over half who profess to being religious actually belong to a specific church. That’s roughly 31 million people who are not engaging with a church body on a regular basis.

Conversely, 63 percent of this generation have embraced streaming technology to stay connected and engaged. The takeaway? Churches who are waiting for people to come through the doors before engaging online them are missing huge opportunities that streaming provides.

Churches who are waiting for people to come through the doors before engaging online them are missing huge opportunities that streaming provides.

This same generation also tends to be givers based on alignment rather than obligation. Whereas previous generations gave to their church in part due to their membership, the downward trend of membership by millennials, as well as others, has a direct impact to a church’s bottom line, which brings us back to the earlier point of engagement and streaming. Reaching people where they are and in the way they engage on a daily basis, overall, increases the opportunity to show them your servant-heart, to show your ministry, and invites them to come alongside — with their time, their talent, and their treasure.

Remember the number from above? One in four adults are saying they’re religious but don’t belong to a church. If they don’t belong, they don’t necessarily feel any obligation to give. These same adults, however, tend to be generous givers to causes and missions that, not coincidentally, fall right in line with the mission and function of many churches. This is alignment giving, perhaps the greatest opportunity underutilized by churches today.

Not everyone will align with your particular church. By live streaming, though, you’re creating an avenue to reach this audience and communicate a story they need to hear. Opening the digital door to your church will help increase the reach of your message, encouraging faith growth and connection to the church body, which, in turn, encourages giving.

Just as millennials can virtually visit and give to your church online, elderly congregation members who are no longer able to attend can still feel connected to their beloved church from home. Live streaming offers the ability to show each of these generations that you value their ability to experience the sense of belonging your church should be providing.

The church is struggling to connect with a country that is looking for connections and engagement. Connecting is the first part, engaging is right after. If you do the first two well, hearts are more open to embracing the next steps in a faith journey. To worry that streaming your message will decrease donations is to prioritize giving over spreading the Gospel. Sean Dunster
Sean Dunster manages webcast operations for ChurchStreaming. A former news journalist, he has an extensive background in television broadcast production. He volunteers in his local church and has developed a keen interest in how church technology can be employed to further God’s Kingdom. 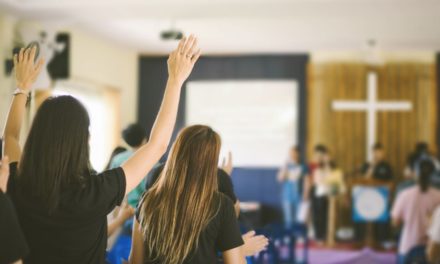 “Church in a Box” Sound Systems For Various Church Sizes